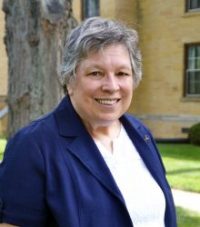 Sr. Linda Sevcik, SM is a Marist Sister born and raised in Wheeling, West Virginia. She entered the community in Detroit, Michigan following high school and attended Marygrove College and the University of Detroit, earning a Master’s in Education. She taught at St. Albert the Great elementary school in Dearborn Heights and served as Principal there before earning a Licentiate at the Pontifical Gregorian University in Rome at its Institute of Psychology. She ministered in formation work for her community in Hull, Quebec, and Chicago, IL, where she also served as Pastoral Associate and Music Director at Our Lady of the Snows Parish and maintained a private practice in counseling and spiritual direction. She was a founding member and chair of the board of the Marist Volunteer Program, which placed college graduates in local communities of all branches of the Marist family for one year of community experience and ministry. She was named to the faculty of Mundelein Seminary in the Archdiocese of Chicago in 1996, where she taught pastoral counseling and served as Field Education Director and Formator for 12 years. Returning to her hometown, she ministered as Director of the Catholic Charities Neighborhood Center, which serves the poor and homeless of the area. She relocated back to this area in 2011, to Roseville, to serve as regional leader with the Marist Sisters of Ireland, Canada, Mexico, Venezuela and Brazil, in addition to the US. In the past several years she has been ministering in counseling and spiritual direction as well as directing occasional weekend retreats at Manresa. For the past 20 years, she taught seminarians from all over the US about human and spiritual foundations of sexuality and celibacy with the Institute for Priestly Formation at Creighton University in Omaha, Nebraska. In 2021 she became the Executive Director of Manresa Jesuit Retreat House. 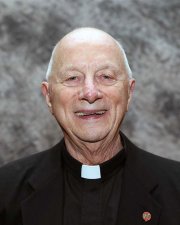 Fr. Leo Cachat, SJ, was assigned to the Jesuit Province of Patna, India and began teaching in Nepal in 1961. He was ordained in 1966 and became principal of a K-12 school in Katmandu. He later studied with Anthony de Mello, SJ, and Bede Griffiths, OSB. In 1978 he founded Godavari Ashram (Center for Spiritual Development), and directed retreats there and elsewhere in Southeast Asia. In 1985 he set up a Jesuit formation house in Nepal and later became the regional superior. After several years in Myanmar, he returned to the USA and established the office of chaplain to the faculty and staff at University of Detroit High School. He has been at Manresa since 2007. 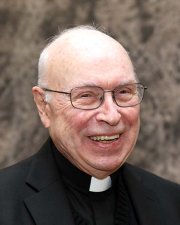 Fr. Fran Daly, SJ, grew up in Chicago and entered the Society of Jesus at Milford, Ohio in 1959. He taught Latin and History at St. Xavier High School from 1966-69 and worked with the Sodality and Xavier’s Summer Enrichment Program mostly for African-American students. In June, 1972, after his theological studies in Chicago he was ordained and was missioned to the Jesuit novitiate in Berkley, Michigan as minister of the community. He worked closely with Frs. Howard Gray and Frank Houdek studying and directing the Spiritual Exercises, and also teaching Jesuit History. He served as Novice Director from 1977-1983 and during that time directed the 30-day Spiritual Exercise two or three times a year. He returned to Chicago in 1984 as rector of his alma mater, St. Ignatius College Prep, teaching Religious Studies to Juniors and doing Adult Faith Development with the faculty and staff. In 1990, he became Formation Director for the Chicago Province and in 1991 executive director to the Provincial. During those years he traveled around the United States and Europe visiting Jesuits in formation. In 1997, the Jesuit province began to sponsor an Ignatian Pilgrimage to Spain and Rome every other year for high school faculties and staff, and Fran was the docent for the first three trips which deepened his appreciation of the Ignatian heritage. From 1988-1991 and 2000-2011, he served as Tertian Director for the Chicago Province Two Summer Program in which he worked with Jesuits from Asia, Africa, Europe, and the United States. In 1998, he returned to Cincinnati and served at St. Xavier High School as rector until August of 2005. In 2000, he became Director of Ignatian Formation for the Adult Community at St. Xavier High School, where he worked with Adult Faith programs and introduced new teachers for their first five years to the person and vision of St. Ignatius. In the summer of 2014, he became the Executive Director of Manresa Jesuit Retreat House. 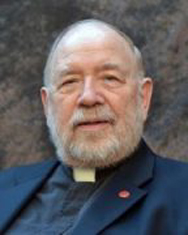 Fr. Peter Fennessy, SJ, comes from Boston, and is now a member of the Midwest Jesuit Province. After missionary work in Jamaica, theological studies at Oxford University, and 26 years at John Carroll University in Cleveland as campus minister, vice president, and rector of the Jesuit community, he is serving his second term as superior of the Jesuit Community at Manresa. He gives individually directed and preached retreats at Manresa and elsewhere, is Coordinator of Individually Directed Retreats, and among other duties manages our book store. Since studying Theology and Art and Buddhist Aesthetics during a sabbatical year at the Graduate Theological Union in Berkeley, California, he uses fine arts to illustrate his preached retreats. 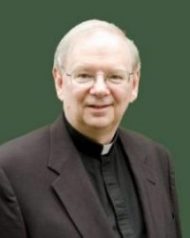 Fr. Robert Flack, SJ, was born in 1948 in Chicago. He attended the seminary system in the Chicago Archdiocese and was ordained at Mundelein Seminary in 1974, serving at several parishes of the Archdiocese before entering the Society of Jesus in 1983. He has a PhD from the University of Washington (Seattle). He taught sociology for two years at Xavier University in Cincinnati and urban studies for seven years in St. Louis University’s Department of Public Policy Studies. Fr. Flack has been trained as a spiritual director at the Jesuit Center for Spiritual Growth in Wernersville, PA. He served on the staff of the Bellarmine Jesuit Retreat House in Illinois, including several months as administrator. He has preached retreats at the Bellarmine Jesuit Retreat House, the Jesuit Spirituality Center in Milford, OH, Manresa Jesuit Retreat House, and the Cenacle in Chicago. Before joining Manresa’s staff in 2019, he served as Director of Spiritual Life at St. Joseph College Seminary in Chicago. 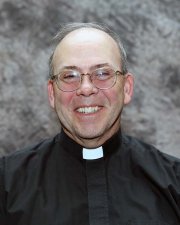 Fr. Steve Hurd, SJ, a Jesuit of the Chicago-Detroit Jesuit Province, came to Manresa to help out during Fr. Chamberlain’s recuperation, and since then is a full-time member of the staff. He had most recently been pastor of St. Agnes, St. Bridget, and St. Charles parishes on the Rosebud Reservation in South Dakota. Steve has been retreat master at the Jesuit Spiritual Center at Milford, Ohio and at Bellarmine Jesuit Retreat House in Barrington, IL, of which he was also director. 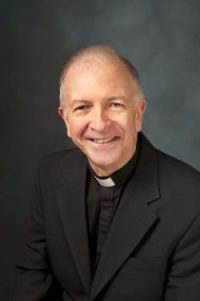 Fr. Robert J. Scullin, SJ was born and raised in Detroit, Michigan along with three other siblings. He attended Shrine of the Little Flower Elementary School, University of Detroit High School and entered the novitiate of the Detroit Province of the Society of Jesus in 1964. His formation included undergraduate studies at the University of Detroit, philosophy and theology studies at Bellarmine School of Theology in North Aurora, Illinois, and theology studies at the Jesuit School of Theology at Berkeley. Prior to ordination he taught high school English at St. John’s High School, Toledo, OH and served as pastoral assistant at Gesu Parish, in Cleveland. Following ordination, he studied Spanish at the Instituto de Idiomas in Cochabamba, Bolivia and served in the Office for Hispanic Affairs of the Archdiocese of Detroit. He has served in Hispanic and African American parishes in Cleveland, Port Huron, New York City, and Columbus, Ohio. From 1989 to1990, he worked as interim director at St. Malachi Center, Cleveland, a multi-service neighborhood center. As an associate director of the National Jesuit Office for Social Ministry of the Jesuit Conference, he was a principal organizer of a national conference “Faith Doing Justice” in Detroit in 1991. He pronounced final vows in the Society of Jesus in 1993. Following the completion of Doctor of Ministry Program at Catholic Theological Union in Chicago in 2000, he was appointed Provincial of the Detroit Province. In 2008, Father Scullin participated in the 35th General Congregation which elected Father Adolfo Nícolas as Superior General of the order. In 2009, Father Scullin was appointed pastor of Gesu, serving for eight years, after which he served as superior of the Colombiere Jesuit Community in Clarkston for three years. Father Scullin occasionally composes songs with religious and political themes and has recorded one CD And It’s So Clear. 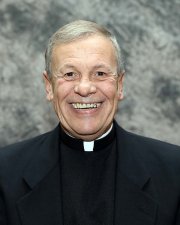 Fr. Bob Ytsen, SJ, has spent most of his apostolic career in secondary education, having taught English at three of the high schools in the Chicago Province: Saint Ignatius, Brebeuf, and Loyola Academy. Fr. Ytsen has directed various summer and student retreats and led summer service programs to Appalachia. British literature is his first love. He participated in the Oxbridge Program which provided the opportunity to study three summers at Cambridge and Oxford in England and at Trinity College in Dublin. Fr. Ytsen says he is excited to begin this new ministry at Manresa, confident that his background in Ignatian spirituality and history of the Jesuits, particularly in England, will enhance and support his commitment to retreat and spiritual direction. 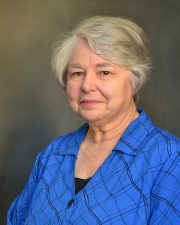 Ms. Ann Dillon holds degrees in Education and Religious Studies and is a graduate of Manresa’s Ignatian Spirituality Internship Program. Her prior ministries include teaching middle school, serving on a public school board, giving liturgical leadership in her parish, and 16 years as Director of Mercy Association. She and her husband Mike have three sons and are now enjoying four wonderful grandchildren, all of whom live in the neighborhood. Ann focuses on the development of Ignatian lay leadership, especially with spiritual directors, guides for the Spiritual Exercises of St. Ignatius and friends of Manresa. She partnered with Fr. Bernie Owens in leading the two-year Internship in Ignatian Spirituality, and partners now with Fr. Steve Hurd, SJ, in leading the Seminar on Ignatian Spirituality and the Internship in Spiritual Companionship. Ann is a trained spiritual director and guides retreatants through directed retreats and the Spiritual Exercises.